A bill to amend title III of the Public Health Service Act to provide for the establishment and implementation of guidelines on best practices for diagnosis, treatment, and management of mild traumatic brain injuries (MTBIs) in school-aged children, and for other purposes. 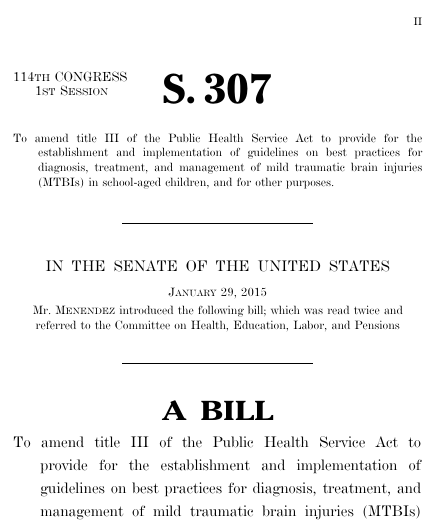 This bill was introduced on January 29, 2015, in a previous session of Congress, but it did not receive a vote.

Bills numbers restart every two years. That means there are other bills with the number S. 307. This is the one from the 114th Congress.