A bill to require the Secretary of the Treasury to mint coins in commemoration of the 400th anniversary of the landing and settlement of Plymouth Colony, the signing of the Mayflower Compact, and the role of the indigenous Wampanoag tribes in the realization of the settlement. 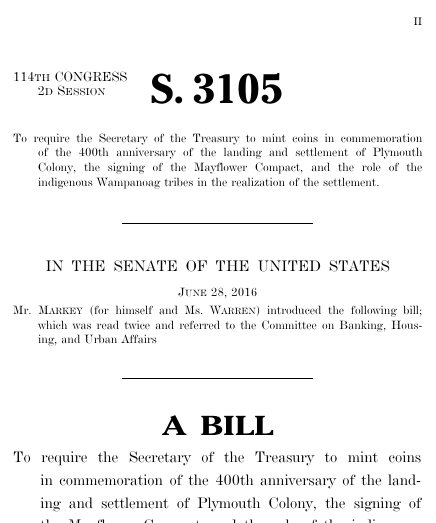 Bills numbers restart every two years. That means there are other bills with the number S. 3105. This is the one from the 114th Congress.