A bill to provide for reforms of the administration of the outer Continental Shelf of the United States, to provide for the development of geothermal, solar, and wind energy on public land, and for other purposes. 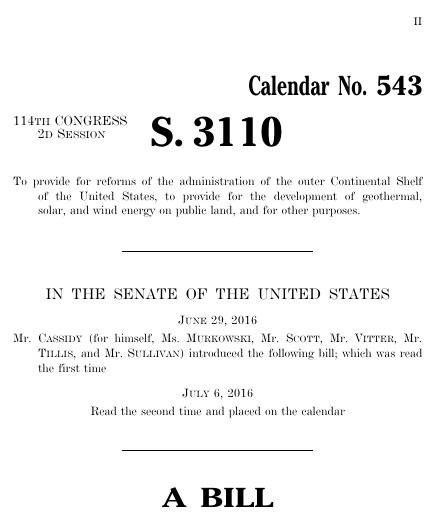 This bill was introduced in a previous session of Congress but was killed due to a failed vote for cloture, under a fast-track vote called "suspension", or while resolving differences on November 17, 2016.

Bills numbers restart every two years. That means there are other bills with the number S. 3110. This is the one from the 114th Congress.