A bill to prohibit any officer or employee of the Federal Government who has exercised extreme carelessness in the handling of classified information from being granted or retaining a security clearance. 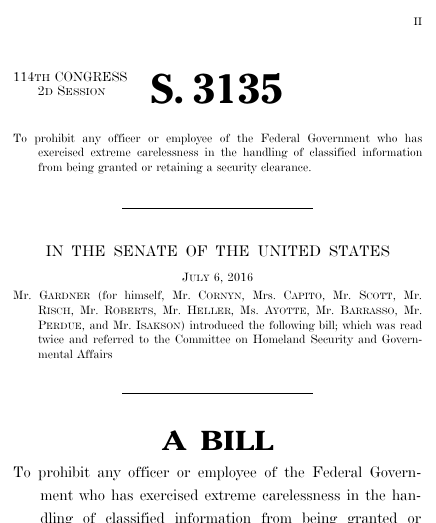 Bills numbers restart every two years. That means there are other bills with the number S. 3135. This is the one from the 114th Congress.