“No union is more profound than marriage, for it embodies the highest ideals of love, fidelity, devotion, sacrifice, and family,” Supreme… Jul 20, 2021

An original bill to prevent taxpayer identity theft and tax refund fraud, and for other purposes. 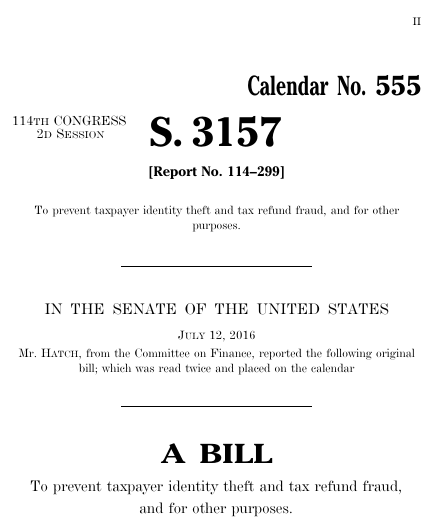 Bills numbers restart every two years. That means there are other bills with the number S. 3157. This is the one from the 114th Congress.