A bill to promote innovation and realize the efficiency gains and economic benefits of on-demand computing by accelerating the acquisition and deployment of innovative technology and computing resources throughout the Federal Government, and for other purposes. 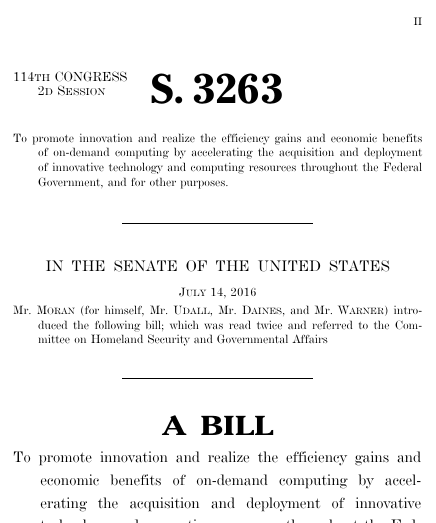 Bills numbers restart every two years. That means there are other bills with the number S. 3263. This is the one from the 114th Congress.