S. 3272 (114th): A bill to provide that members of the Armed Forces performing services in the Sinai Peninsula of Egypt shall be entitled to tax benefits in the same manner as if such services were performed in a combat zone. 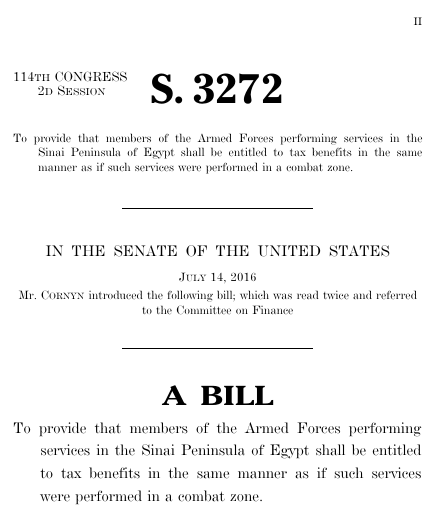 Bills numbers restart every two years. That means there are other bills with the number S. 3272. This is the one from the 114th Congress.

A bill to provide that members of the Armed Forces performing services in the Sinai Peninsula of Egypt shall be entitled to tax benefits in the same manner as if such services were performed in a combat zone, S. 3272, 114th Cong. (2016).