Under the Affordable Care Act, more commonly known as Obamacare, a number of Consumer Operated and Oriented Plans — or non-profit marketplaces to provide individuals with health insurance — were set up. Unfortunately, many of these little-known “CO-OPs” have failed, with onlysix out of the original 23 exchanges still in existence.

But the requirement that every American must have health insurance or pay a fine? That’s still in existence, even for the many people whose health insurance was provided through one of those CO-OPS. A bill that just passed the House would exempt those individuals.

The CO-OP Consumer Protection Act, H.R. 954 and S. 3311, would exempt anybody who lost their health insurance because of a CO-OP failure from paying the required fine for those ... 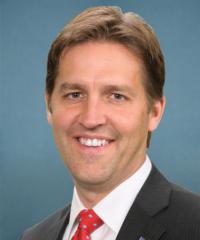 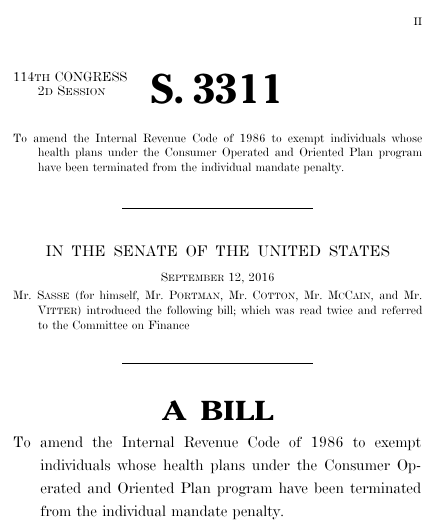 This bill was introduced on September 12, 2016, in a previous session of Congress, but it did not receive a vote.

Bills numbers restart every two years. That means there are other bills with the number S. 3311. This is the one from the 114th Congress.