A bill to extend the authorization of the Uranium Mill Tailings Radiation Control Act of 1978 relating to the disposal site in Mesa County, Colorado. 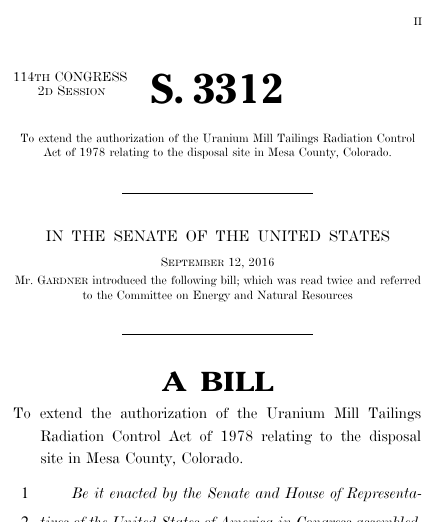 This bill was introduced on September 12, 2016, in a previous session of Congress, but was not enacted.