A bill to amend title XVIII of the Social Security Act to make permanent the extension of the Medicare-dependent hospital (MDH) program and the increased payments under the Medicare low-volume hospital program. 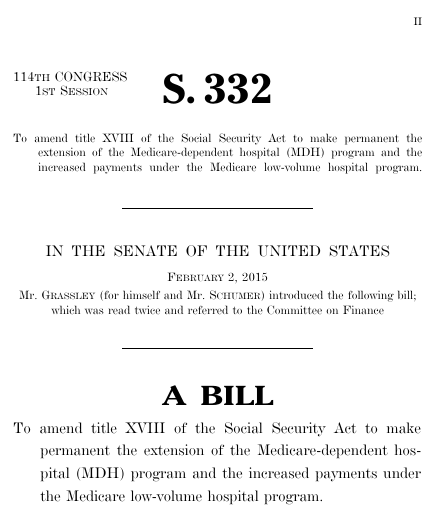 Bills numbers restart every two years. That means there are other bills with the number S. 332. This is the one from the 114th Congress.