A bill to improve surface transportation and maritime security. 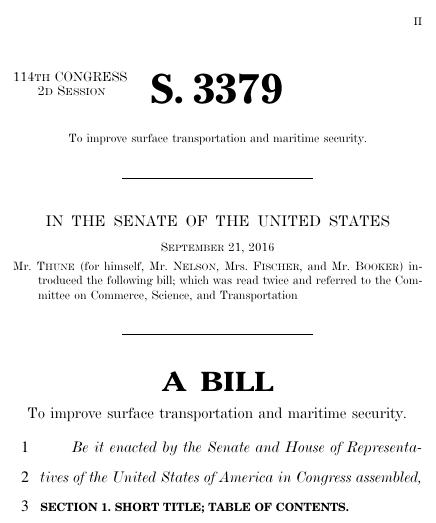 This bill was introduced on September 21, 2016, in a previous session of Congress, but it did not receive a vote. Provisions of this bill were incorporated into other bills.

H.R. 710: To require the Secretary of Homeland Security to prepare a comprehensive security assessment of the transportation security card program, and for other purposes.
Enacted — Signed by the President on Dec 16, 2016. (compare text)
Cosponsors

Bills numbers restart every two years. That means there are other bills with the number S. 3379. This is the one from the 114th Congress.