A bill to amend the Public Health Service Act to facilitate assignment of military trauma care providers to civilian trauma centers in order to maintain military trauma readiness and to support such centers, and for other purposes. 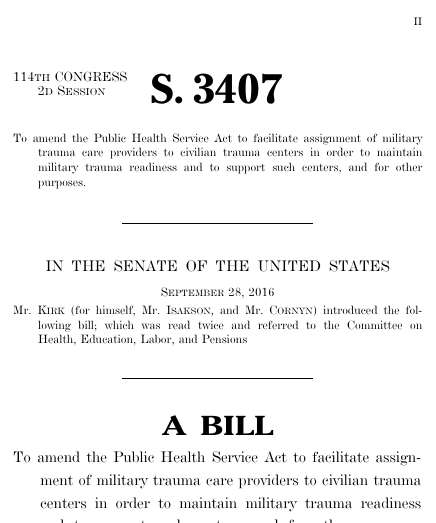 Bills numbers restart every two years. That means there are other bills with the number S. 3407. This is the one from the 114th Congress.