S. 3424 (114th): A bill to amend the Internal Revenue Code of 1986 to prevent the avoidance of tax by insurance companies through reinsurance with non-taxed affiliates. 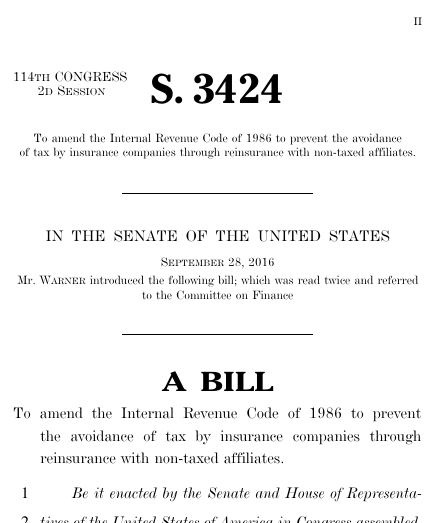 Bills numbers restart every two years. That means there are other bills with the number S. 3424. This is the one from the 114th Congress.

A bill to amend the Internal Revenue Code of 1986 to prevent the avoidance of tax by insurance companies through reinsurance with non-taxed affiliates, S. 3424, 114th Cong. (2016).