An original bill to amend the Surface Mining Control and Reclamation Act of 1977 to transfer certain funds to the Multiemployer Health Benefit Plan and the 1974 United Mine Workers of America Pension Plan, and for other purposes. 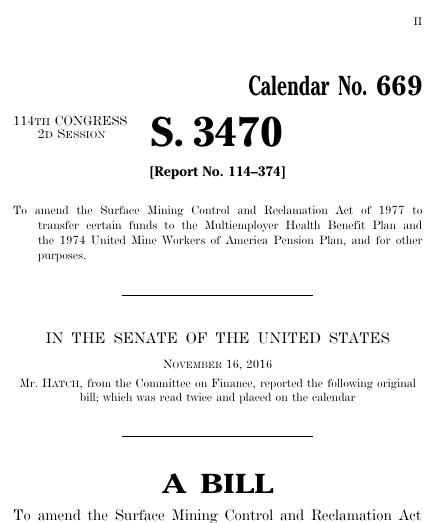 Bills numbers restart every two years. That means there are other bills with the number S. 3470. This is the one from the 114th Congress.