Just about everything is done online or digitally these days, with the exception of the cassette deck’s retro comeback. But Congress is usually a step or two behind the times when it comes to technology, particularly in the Senate, where Sen. Lindsey Graham (R-SC) said he has never sent an email. 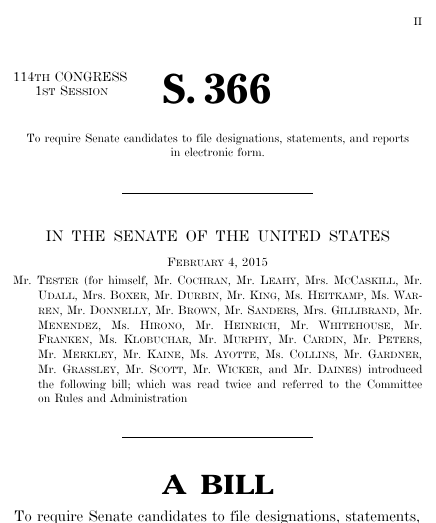 Bills numbers restart every two years. That means there are other bills with the number S. 366. This is the one from the 114th Congress.