S. 371 (114th): A bill to remove a limitation on a prohibition relating to permits for discharges incidental to normal operation of vessels. 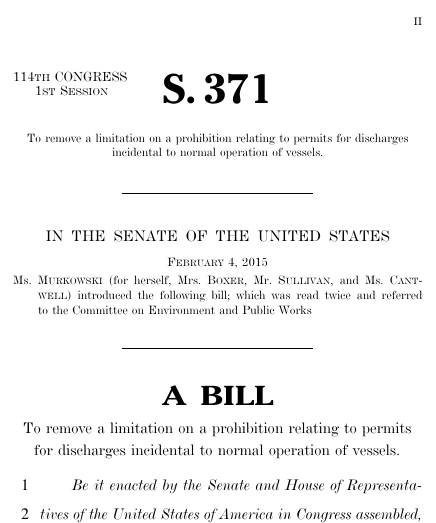 Bills numbers restart every two years. That means there are other bills with the number S. 371. This is the one from the 114th Congress.

GovTrack.us. (2021). S. 371 — 114th Congress: A bill to remove a limitation on a prohibition relating to permits for discharges incidental ... Retrieved from https://www.govtrack.us/congress/bills/114/s371

A bill to remove a limitation on a prohibition relating to permits for discharges incidental to normal operation of vessels, S. 371, 114th Cong. (2015).