A bill to amend section 1111(h)(1)(C)(i) of the Elementary and Secondary Education Act of 1965 to require that annual State report cards reflect the same race groups as the decennial census of population. 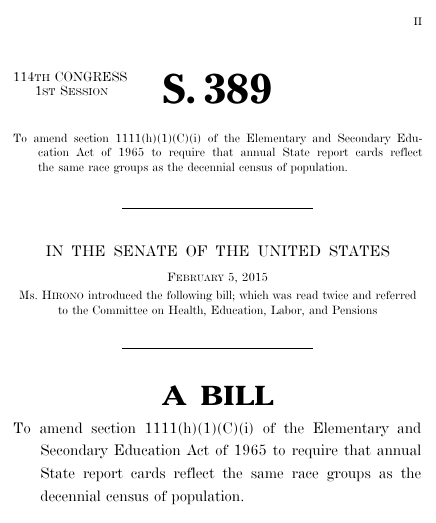 Bills numbers restart every two years. That means there are other bills with the number S. 389. This is the one from the 114th Congress.