A bill to implement a demonstration project under titles XVIII and XIX of the Social Security Act to examine the costs and benefits of providing payments for comprehensive coordinated health care services provided by purpose-built, continuing care retirement communities to Medicare beneficiaries. 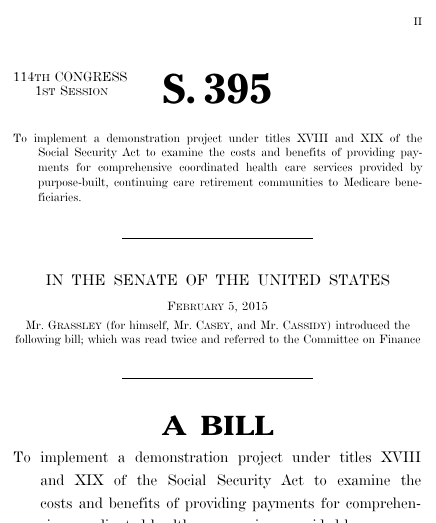 Bills numbers restart every two years. That means there are other bills with the number S. 395. This is the one from the 114th Congress.