A bill to provide a categorical exclusion under the National Environmental Policy Act of 1969 to allow the Director of the Bureau of Land Management and the Chief of the Forest Service to remove Pinyon-Juniper trees to conserve and restore the habitat of the greater sage-grouse and the mule deer. 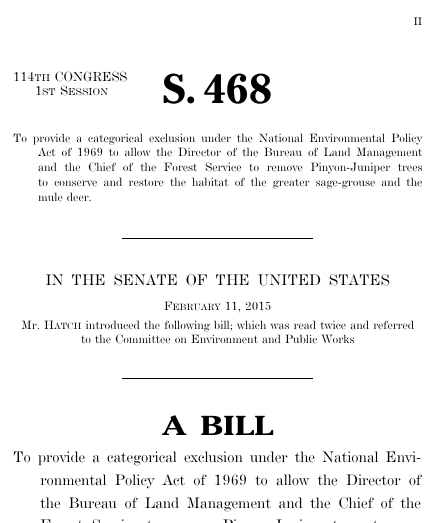 Bills numbers restart every two years. That means there are other bills with the number S. 468. This is the one from the 114th Congress.