A bill to improve the reproductive assistance provided by the Department of Defense and the Department of Veterans Affairs to severely wounded, ill, or injured members of the Armed Forces, veterans, and their spouses or partners, and for other purposes. 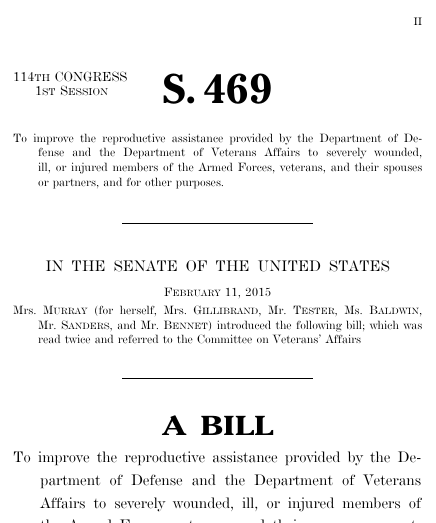 Bills numbers restart every two years. That means there are other bills with the number S. 469. This is the one from the 114th Congress.