A bill to amend the National Flood Insurance Act of 1968 to allow the rebuilding, without elevation, of certain structures that are located in areas having special flood hazards and are substantially damaged by fire, and for other purposes. 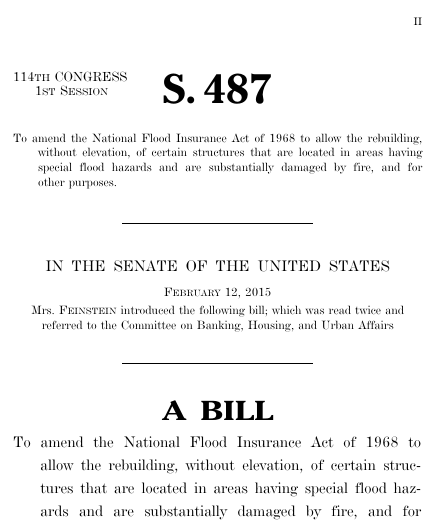 Bills numbers restart every two years. That means there are other bills with the number S. 487. This is the one from the 114th Congress.