A bill to amend the Tariff Act of 1930 to increase the maximum value of articles that may be imported duty-free by one person on one day. 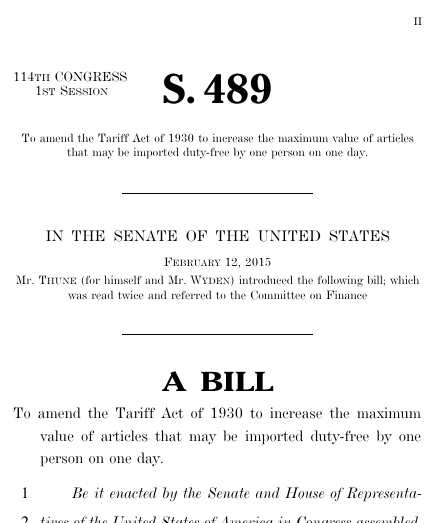 Bills numbers restart every two years. That means there are other bills with the number S. 489. This is the one from the 114th Congress.