A bill to prohibit the Environmental Protection Agency from proposing, finalizing, or disseminating regulations or assessments based upon science that is not transparent or reproducible. 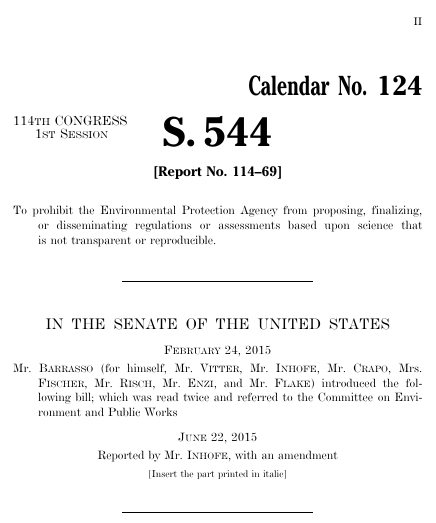 Bills numbers restart every two years. That means there are other bills with the number S. 544. This is the one from the 114th Congress.