A bill to increase the threshold for disclosures required by the Securities and Exchange Commission relating to compensatory benefit plans, and for other purposes. 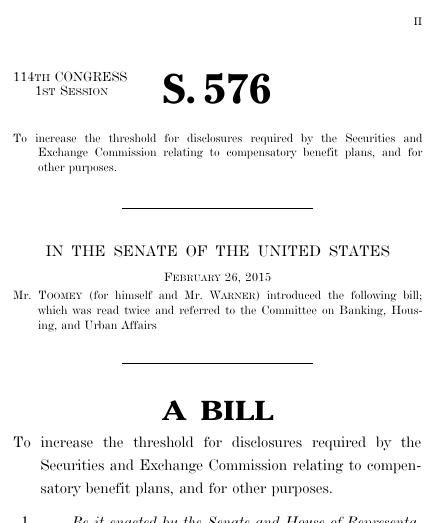 Bills numbers restart every two years. That means there are other bills with the number S. 576. This is the one from the 114th Congress.