A bill to reform our government, reduce the grip of special interest, and return our democracy to the American people through increased transparency and oversight of our elections and government. 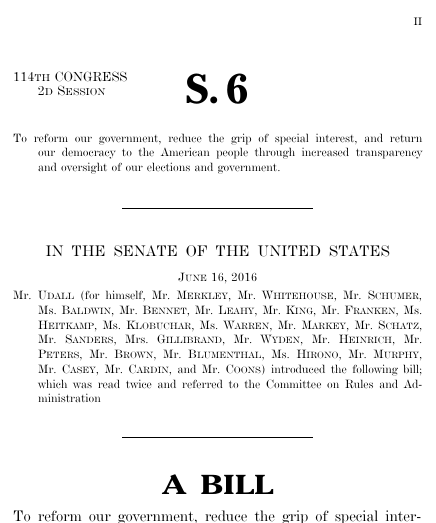 Bills numbers restart every two years. That means there are other bills with the number S. 6. This is the one from the 114th Congress.