A bill to amend the Richard B. Russell National School Lunch Act to improve the efficiency of summer meals. 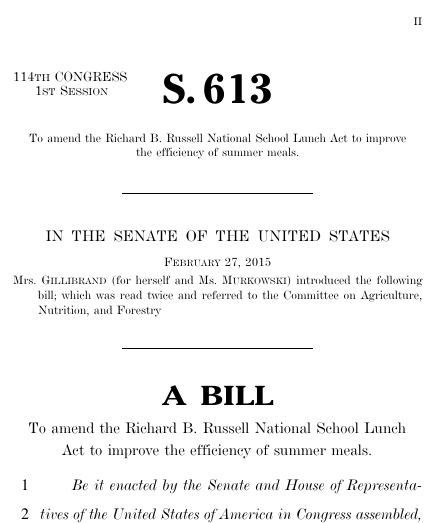 This bill was introduced on February 27, 2015, in a previous session of Congress, but was not enacted.