A bill to clarify rules relating to nondiscriminatory employer wellness programs as such programs relate to premium discounts, rebates, or modifications to otherwise applicable cost sharing under group health plans. 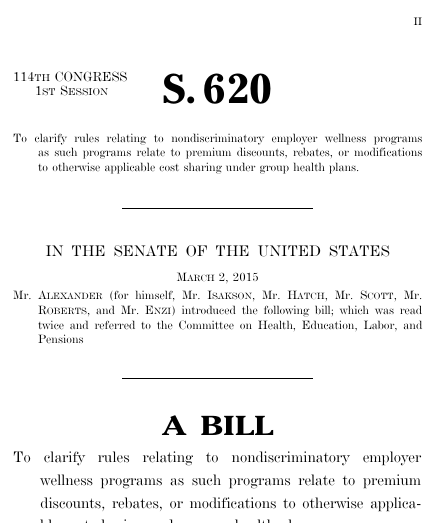 Bills numbers restart every two years. That means there are other bills with the number S. 620. This is the one from the 114th Congress.