A bill to require all public school employees and those employed in connection with a public school to receive FBI background checks prior to being hired, and for other purposes. 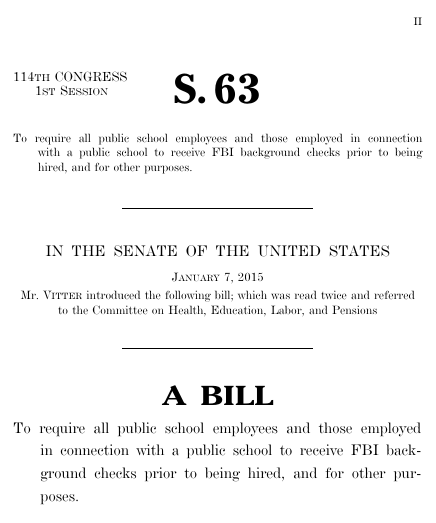 Bills numbers restart every two years. That means there are other bills with the number S. 63. This is the one from the 114th Congress.