S. 655 (114th): A bill to prohibit the use of funds by the Secretary of the Interior to make a final determination on the listing of the northern long-eared bat under the Endangered Species Act of 1973. 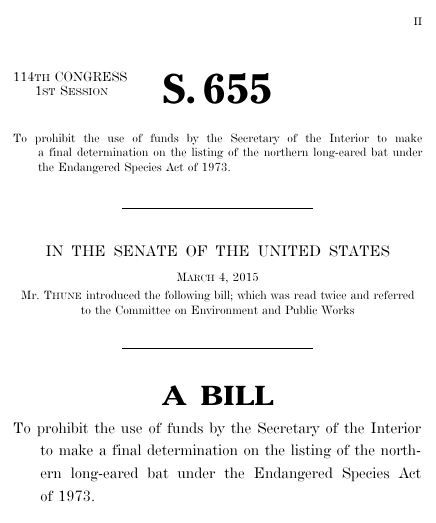 Bills numbers restart every two years. That means there are other bills with the number S. 655. This is the one from the 114th Congress.

A bill to prohibit the use of funds by the Secretary of the Interior to make a final determination on the listing of the northern long-eared bat under the Endangered Species Act of 1973, S. 655, 114th Cong. (2015).