A bill to require the Secretary of Veterans Affairs to conduct a study on matters relating to the burial of unclaimed remains of veterans in national cemeteries, and for other purposes. 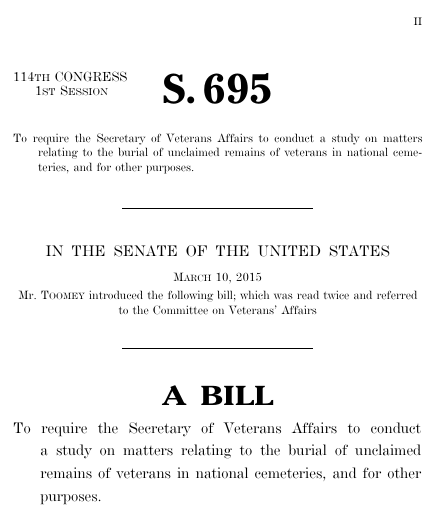 Bills numbers restart every two years. That means there are other bills with the number S. 695. This is the one from the 114th Congress.