S. 722 (114th): A bill to extend the date after which interest earned on obligations held in the wildlife restoration fund may be available for apportionment. 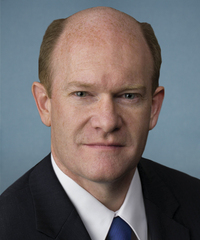 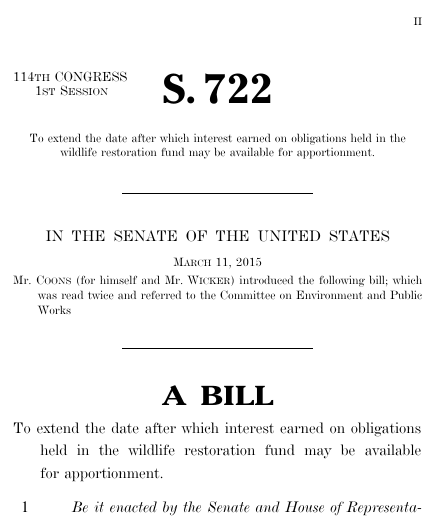 This bill was introduced on March 11, 2015, in a previous session of Congress, but was not enacted.

A bill to extend the date after which interest earned on obligations held in the wildlife restoration fund may be available for apportionment, S. 722, 114th Cong. (2015).