A bill to authorize the Administrator of the Environmental Protection Agency to establish a program of awarding grants to owners or operators of water systems to increase the resiliency or adaptability of the systems to any ongoing or forecasted changes to the hydrologic conditions of a region of the United States. 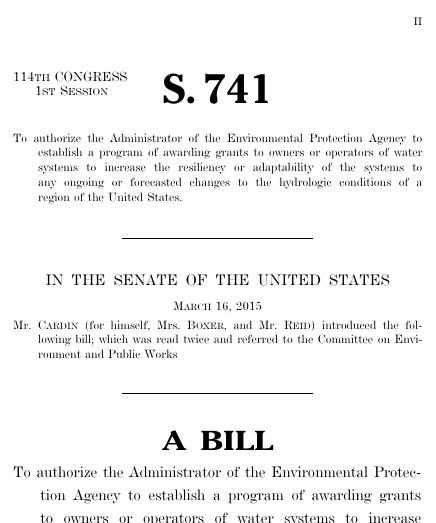 This bill was introduced on March 16, 2015, in a previous session of Congress, but it did not receive a vote.

Bills numbers restart every two years. That means there are other bills with the number S. 741. This is the one from the 114th Congress.