Traumatic injuries are the leading cause of death among people aged 1 to 44, according to the Centers for Disease Control and Prevention. Yet 45 million Americans don’t have access to a trauma center within an hour of their location, which is nicknamed “the golden window” for maximum odds of saving a patient’s life. This despite 35 million Americans experiencing a traumatic injury each year, which makes it the third-most costly condition each year at $67.3 billion, trailing only heart disease and cancer. 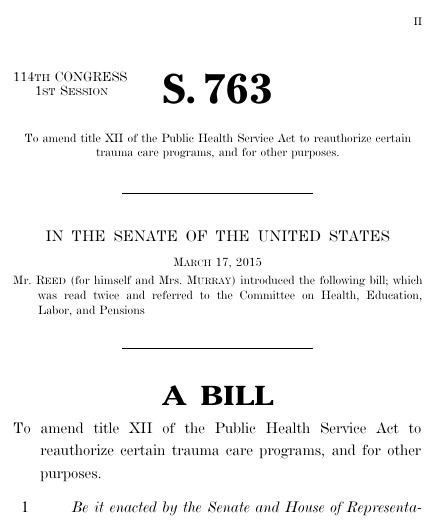 Bills numbers restart every two years. That means there are other bills with the number S. 763. This is the one from the 114th Congress.