A bill to accelerate the income tax benefits for charitable cash contributions for the relief of the families of New York Police Department Detectives Wenjian Liu and Rafael Ramos, and for other purposes. 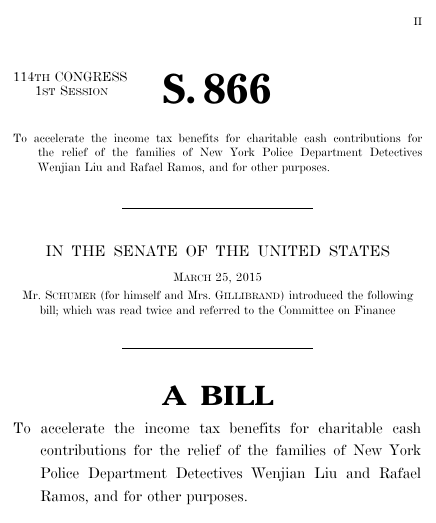 Bills numbers restart every two years. That means there are other bills with the number S. 866. This is the one from the 114th Congress.