“No union is more profound than marriage, for it embodies the highest ideals of love, fidelity, devotion, sacrifice, and family,” Supreme… Jul 20, 2021

An original bill to amend the Internal Revenue Code of 1986 to exclude certain compensation received by public safety officers and their dependents from gross income. 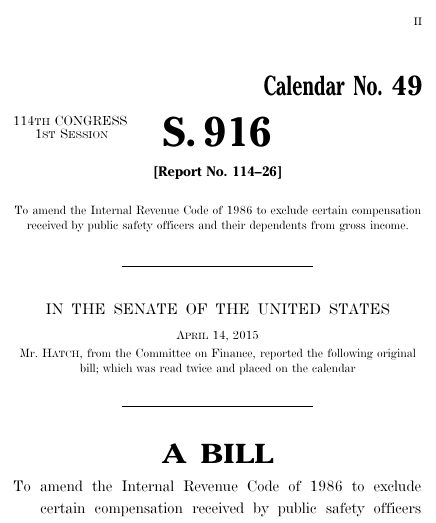 Bills numbers restart every two years. That means there are other bills with the number S. 916. This is the one from the 114th Congress.