A bill to amend the Atomic Energy Act of 1954 to provide for consultation with State and local governments, the consideration of State and local concerns, and the approval of post-shutdown decommissioning activities reports by the Nuclear Regulatory Commission. 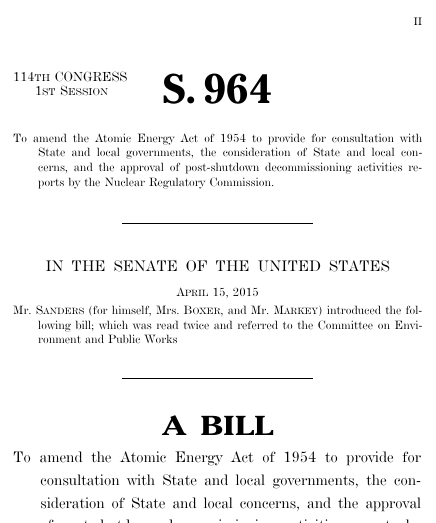 Bills numbers restart every two years. That means there are other bills with the number S. 964. This is the one from the 114th Congress.