S.Con.Res. 16 (114th): A concurrent resolution stating the policy of the United States regarding the release of United States citizens in Iran. 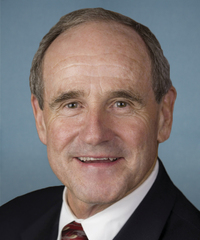 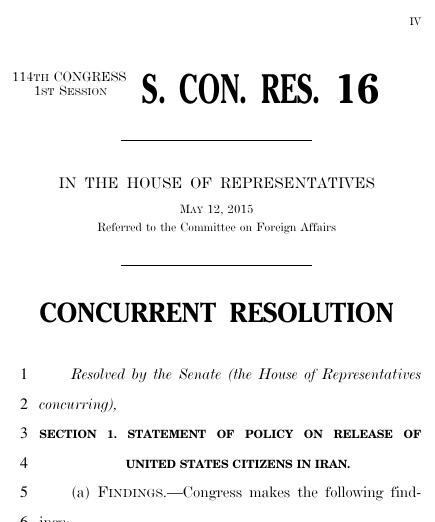 This resolution was introduced in a previous session of Congress and was passed by the Senate on May 11, 2015 but was never passed by the House.

“Cardin Statement on Passage of Senate Resolution to Free Americans Held in Iran”
— Sen. Benjamin Cardin [D-MD] on May 12, 2015

S.Con.Res. 16 (114th) was a concurrent resolution in the United States Congress.

Resolutions numbers restart every two years. That means there are other resolutions with the number S.Con.Res. 16. This is the one from the 114th Congress.

GovTrack.us. (2022). S.Con.Res. 16 — 114th Congress: A concurrent resolution stating the policy of the United States regarding the release of United …. Retrieved from https://www.govtrack.us/congress/bills/114/sconres16

A concurrent resolution stating the policy of the United States regarding the release of United States citizens in Iran, S. Con. Res. 16, 114th Cong. (2015).