S.Res. 109 (114th): A resolution acknowledging and honoring brave young men from Hawaii who enabled the United States to establish and maintain jurisdiction in remote equatorial islands as prolonged conflict in the Pacific led to World War II. 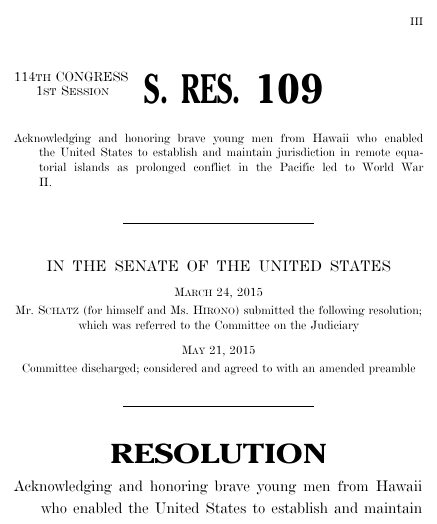 Resolutions numbers restart every two years. That means there are other resolutions with the number S.Res. 109. This is the one from the 114th Congress.

A resolution acknowledging and honoring brave young men from Hawaii who enabled the United States to establish and maintain jurisdiction in remote equatorial islands as prolonged conflict in the Pacific led to World War II, S. Res. 109, 114th Cong. (2015).