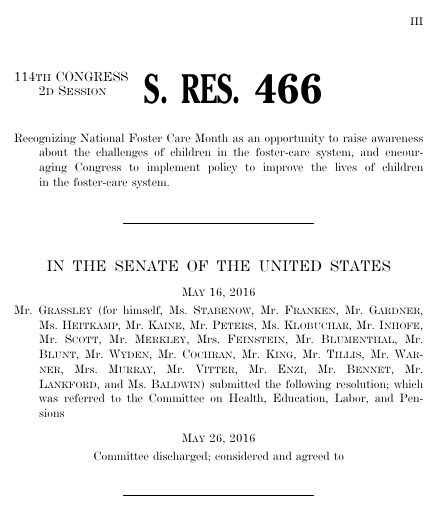 Resolutions numbers restart every two years. That means there are other resolutions with the number S.Res. 466. This is the one from the 114th Congress.

GovTrack.us. (2022). S.Res. 466 — 114th Congress: A resolution recognizing National Foster Care Month as an opportunity to raise awareness about the …. Retrieved from https://www.govtrack.us/congress/bills/114/sres466