S.Res. 610 (114th): A resolution expressing support for the designation of the first Friday in October 2016 as “Manufacturing Day”. 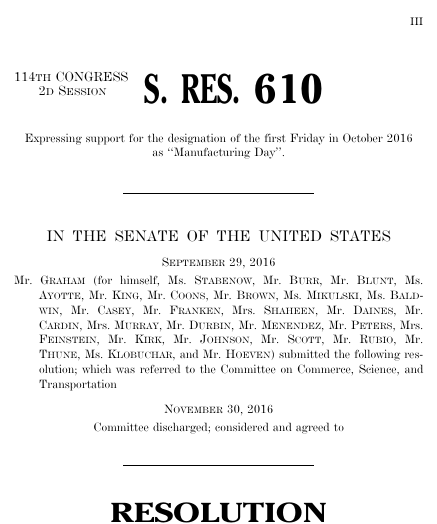 Resolutions numbers restart every two years. That means there are other resolutions with the number S.Res. 610. This is the one from the 114th Congress.