A bill to require covered discrimination and covered harassment awareness and prevention training for Members, officers, employees, interns, fellows, and detailees of Congress within 30 days of employment and annually thereafter, to require a biennial climate survey of Congress, to amend the enforcement process under the Office of Congressional Workplace Rights for covered discrimination and covered harassment complaints, and for other purposes. 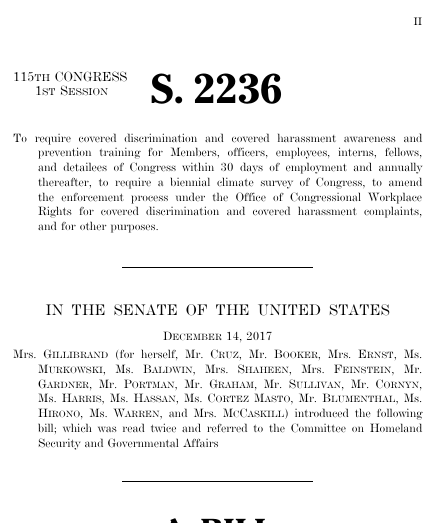 This bill was introduced on December 14, 2017, in a previous session of Congress, but it did not receive a vote.

Bills numbers restart every two years. That means there are other bills with the number S. 2236. This is the one from the 115th Congress.