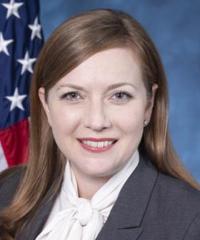 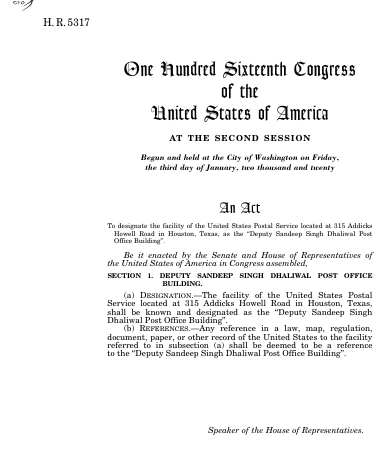 This bill was enacted after being signed by the President on December 21, 2020.

S. 4851: A bill to designate the facility of the United States Postal Service located at 315 Addicks Howell Road in Houston, Texas, as the “Deputy Sandeep Singh Dhaliwal Post Office Building”.

Bills numbers restart every two years. That means there are other bills with the number H.R. 5317. This is the one from the 116th Congress.

This position statement was submitted by R Street Institute on Oct 15, 2021.

SpendingTracker.org estimates new spending due to H.R. 5317 will be negligible.