A bill to amend the Fair Credit Reporting Act to accurately report identity theft transactions in the credit histories of criminal defendants. 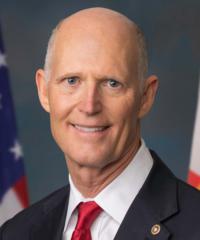 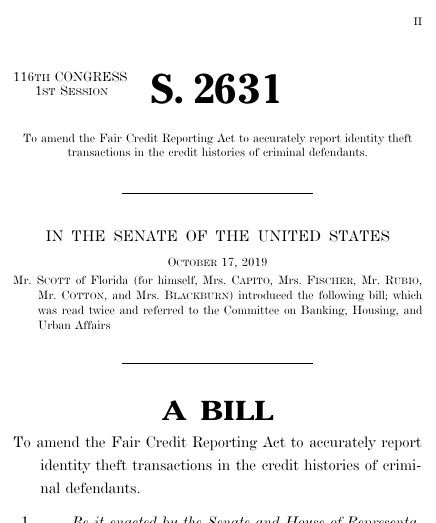 This bill is in the first stage of the legislative process. It was introduced into Congress on October 17, 2019. It will typically be considered by committee next before it is possibly sent on to the House or Senate as a whole.

Bills numbers restart every two years. That means there are other bills with the number S. 2631. This is the one from the 116th Congress.

The bill's primary sponsor is a Republican. The bill is assigned to the Senate Banking, Housing, and Urban Affairs committee.