Biggs is the representative for Arizona’s 5th congressional district (view map) and is a Republican. He has served since Jan 3, 2017. Biggs’s current term ends on Jan 3, 2023.

Biggs is among the Republican legislators who participated in President Trump’s months-long, multifarious attempted coup during the 2020 presidential election and culminating in the Jan. 6, 2021 insurrection at the Capitol. Shortly after the election, Biggs joined a case before the Supreme Court calling for all the votes for president in Georgia, Michigan, Pennsylvania, and Wisconsin — states that were narrowly won by Democrats — to be discarded, in order to change the outcome of the election, based on lies and a preposterous legal argument which the Supreme Court rejected. (Following the rejection of several related cases before the Supreme Court, another legislator who joined the case called for violence.) Biggs was also a part of a coordinated campaign by the Trump Administration to pressure the Vice President to exclude some Democratic states from the electoral count rather than follow the Constitution's procedure in which Congress may vote to exclude electors, and other extrajudicial strategies to suppress certified election results. Biggs urged the Arizona legislature to discard the result of the state’s election for president (although he accepted the result of his own re-election in the very same election). On January 6, 2021 in the hours after the insurrection at the Capitol, Biggs voted to reject the state-certified election results of Arizona and/or Pennsylvania (states narrowly won by Democrats), which could have changed the outcome of the election. These legislators have generally changed their story after their vote, claiming it was merely a protest and not intended to change the outcome of the election as they clearly sought prior to the vote. The January 6, 2021 insurrection at the Capitol disrupted Congress’s count of electors that determined the outcome of the presidential election with the goal to prevent President Joe Biden from taking office. In the days after Jan. 6, Biggs requested from President Trump a pardon for crimes he may have committed in attempting to change the result of the election in Trump’s favor.

Head over to Rep. Andy Biggs’s website. If you are having a problem with a government agency, look for a contact link for casework to submit a request for help. Otherwise, look for a phone number on that website to call his office if you have a question.

Not all Members of Congress will accept messages from non-constituents. You can try your luck by visiting Biggs’s website. Otherwise, try contacting your own representative:

You are currently on the website GovTrack.us, which has no affiliation with Biggs and is not a government website. Choose from the options above to find the right way to contact Biggs. 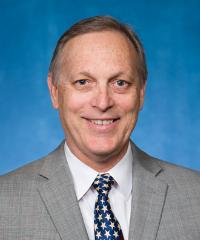 Biggs is shown as a purple triangle ▲ in our ideology-leadership chart below. Each dot is a member of the House of Representatives positioned according to our ideology score (left to right) and our leadership score (leaders are toward the top).

The chart is based on the bills Biggs has sponsored and cosponsored from Jan 3, 2017 to Nov 29, 2022. See full analysis methodology.

Biggs was the primary sponsor of 5 bills that were enacted:

Does 5 not sound like a lot? Very few bills are ever enacted — most legislators sponsor only a handful that are signed into law. But there are other legislative activities that we don’t track that are also important, including offering amendments, committee work and oversight of the other branches, and constituent services.

H.R. 6074: Coronavirus Preparedness and Response Supplemental Appropriations Act, 2020
Passed 415/2 on Mar 4, 2020.
The federal government has enacted four main stimulus laws in response to the covid-19 pandemic. Here’s a brief rundown of what each of these legislative …

From Jan 2017 to Nov 2022, Biggs missed 39 of 3,087 roll call votes, which is 1.3%. This is better than the median of 2.1% among the lifetime records of representatives currently serving. The chart below reports missed votes over time.