Family Separation at the Southern Border

House Committee on Oversight and Reform

Current Status
The first subpoenas have been issued by the House Committee on Oversight and Reform.
Next Steps
On April 9, 2019, the Committee will meet to discuss next steps with respect to the administration's non-compliance with the Committee's subpoenas. 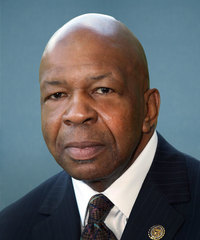 Cummings is the Chair of the House Committee on Oversight and Reform which will be investigating both the policy itself and Secretary Nielsen's possible perjury.

A leaked document suggests that Secretary of Homeland Security Kirstjen Nielsen lied under oath about the separation of refugee families on the southern border. Nielsen has made multiple public statements that the Department of Homeland Security (DHS) does not have an official policy of separating families, including once under oath before the Senate Committee on Homeland Security and Governmental Affairs, where she said "We do not have a policy to separate children from their parents." Nielsen made this statement on May 15, 2018.

Yet on January 18, 2019, Senator Jeff Merkley (D-OR) made public a 2017 memorandum written by DHS senior officials and given to him by a whistleblower that specifically outlines "Separate Family Units" policy. The document describes a policy of "placing the adults in adult detention, and placing the minors under the age of 18 in the custody of HHS as unaccompanied alien children."

The next day four Democratic Representatives issued a joint statement condemning the memo. It also noted three documented occasions where Nielsen denied the existence of the policy described in the memorandum, all after the memorandum was written.

Failure of DOJ, DHS, and HHS to Produce Documents

Ever since Senator Jeff Merkley (D-OR) was denied access to a detainment facility housing hundreds of refugee children on June 3, 2018, questions have been mounting about how the Trump Administration's zero-tolerance policy for prosecuting undocumented immigrants at the border has affected the children with them. That month separation of refugee families at the southern border became the subject of public controversy as more stories mounted about the conditions the children were being kept in and the lack of public transparency. By the end of the month on June 26, a federal court ordered that children must be reunified with their parents.

Yet according to a Health and Human Services (HHS) report published six months later on January 17, 2019, it is unclear whether all separated children were reunited with their parents. Until the court order "no centralized system existed to identify, track, or connect families separated," meaning "the total number of children separated from a parent or guardian by immigration authorities is unknown."

On the same day it was released, House Oversight Chair Elijah Cummings issued a response to the HHS report arguing that the agencies conducting family separation did so without proper documentation or plans for reunification.

"This report sheds further light on October 2018 reports from the Department of Homeland Security Inspector General and the Government Accountability Office, which found that the Trump Administration had no plans to track separated children, made false statements about the ability to track these children, and did not plan for higher numbers of children in HHS custody despite HHS officials raising alarms for more than a year."

House Oversight scheduled a hearing to investigate the "Failure of DOJ, DHS, and HHS to Produce Documents on Child Separation Policy," but that hearing has been postponed as of February 12, 2019. 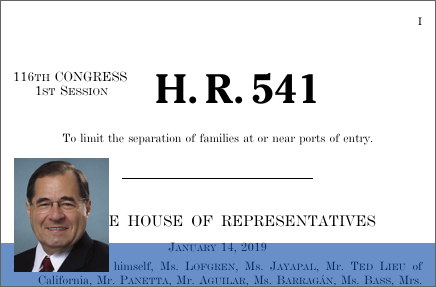 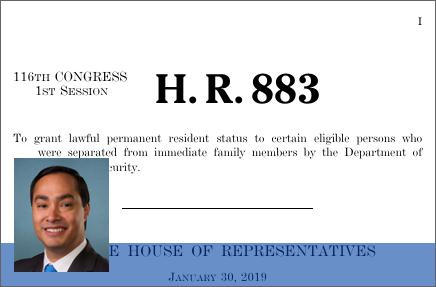 Attorney General William P. Barr, Secretary of Homeland Security Kirstjen M. Nielsen, and Secretary of Health and Human Services Alex M. Azar II have apparently all refused to comply with the subpoenas issued by House Oversight in February. Now, House Oversight has scheduled a committee business meeting for April 9, 2019 at 2pm EDT to discuss next steps.

Family Separation at the Southern Border

On February 26, 2019, the House Committee on Oversight and Reform issued its first subpoenas to Attorney General William P. Barr, Secretary of Homeland Security Kirstjen M. Nielsen, and Secretary of Health and Human Services Alex M. Azar II for records on the Trump Administration’s child separation policy. The subpoenas require the agencies to produce specific categories of information about each separated child—the same information requested and not received in 2018. House Judiciary held a hearing on the topic on Feb. 26 also.