The PATRIOT Act is an Act of Congress that was signed into law by President George W. Bush on October 26, 2001. With its ten-letter abbreviation (USA PATRIOT) expanded, the full title is "Uniting and Strengthening America by Providing Appropriate Tools Required to Intercept and Obstruct Terrorism Act of 2001".

On May 26, 2011, President Barack Obama signed the PATRIOT Sunsets Extension Act of 2011, a four-year extension of three key provisions in the USA PATRIOT Act: roving wiretaps, searches of business records, and conducting surveillance of "lone wolves"—individuals suspected of terrorist-related activities not linked to terrorist groups.

Following a lack of Congressional approval, parts of the Patriot Act expired on June 1, 2015. With the passage of the USA Freedom Act on June 2, 2015, the expired parts were restored and renewed through 2019. However, Section 215 of the law was amended to stop the National Security Agency from continuing its mass phone data collection program. Instead, phone companies will retain the data and the NSA can obtain information about targeted individuals with permission from a federal court.

From broad concern felt among Americans from both the September 11 attacks and the 2001 anthrax attacks, Congress rushed to pass legislation to strengthen security controls. On October 23, 2001, Republican Rep. Jim Sensenbrenner introduced H.R. 3162 incorporating provisions from a previously sponsored House bill and a Senate bill also introduced earlier in the month. The next day, the Act passed the House 357 to 66, with Democrats comprising the overwhelming portion of dissent. The three Republicans voting 'no' were Robert Ney of Ohio, Butch Otter of Idaho and Ron Paul of Texas. On October 25, the Act passed the Senate by 98 to 1.

Opponents of the law have criticized its authorization of indefinite detentions of immigrants; the permission given law enforcement officers to search a home or business without the owner's or the occupant's consent or knowledge; the expanded use of National Security Letters, which allows the Federal Bureau of Investigation (FBI) to search telephone, e-mail, and financial records without a court order; and the expanded access of law enforcement agencies to business records, including library and financial records. Since its passage, several legal challenges have been brought against the act, and federal courts have ruled that a number of provisions are unconstitutional.

Many provisions of the act were to sunset beginning December 31, 2005, approximately four years after its passage. In the months preceding the sunset date, supporters of the act pushed to make its sun-setting provisions permanent, while critics sought to revise various sections to enhance civil liberty protections. In July 2005, the U.S. Senate passed a reauthorization bill with substantial changes to several sections of the act, while the House reauthorization bill kept most of the act's original language. The two bills were then reconciled in a conference committee that was criticized by Senators from both the Republican and Democratic parties for ignoring civil liberty concerns.

The bill, which removed most of the changes from the Senate version, passed Congress on March 2, 2006, and was signed into law by President George W. Bush on March 9 and 10, 2006. 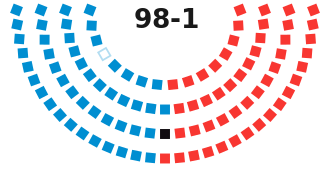