The Cyber Intelligence Sharing and Protection Act (CISPA H.R. 3523 (112th Congress), H.R. 624 (113th Congress), H.R. 234 (114th Congress)) was a proposed law in the United States which would allow for the sharing of Internet traffic information between the U.S. government and technology and manufacturing companies. The stated aim of the bill is to help the U.S. government investigate cyber threats and ensure the security of networks against cyberattacks.

The legislation was introduced on November 30, 2011, by Representative Michael Rogers (R-MI) and 111 co-sponsors. It was passed in the House of Representatives on April 26, 2012, but was not passed by the U.S. Senate. President Barack Obama's advisers have argued that the bill lacks confidentiality and civil liberties safeguards, and the White House said he would veto it.

In February 2013, the House reintroduced the bill and it passed in the United States House of Representatives on April 18, 2013, but stalled and was not voted upon by the Senate. On July 10, 2014 a similar bill, the Cybersecurity Information Sharing Act (CISA), was introduced in the Senate.

In January 2015, the House reintroduced the bill again. The bill has been referred to the Committee on Intelligence, and as of February 2, 2015 to the Subcommittee on Crime, Terrorism, Homeland Security, and Investigations and Subcommittee on Constitution and Civil Justice to see if it will come to the House for a vote. In December 2015 a version of CISPA was hidden in the total federal budget.

CISPA had garnered favor from corporations and lobbying groups such as Microsoft, Facebook, AT&T, IBM, and the United States Chamber of Commerce, which look on it as a simple and effective means of sharing important cyber threat information with the government. It has however been criticized by advocates of Internet privacy and civil liberties, such as the Electronic Frontier Foundation, the American Civil Liberties Union, Free Press, Fight for the Future, and Avaaz.org, as well as various conservative and libertarian groups including the Competitive Enterprise Institute, TechFreedom, FreedomWorks, Americans for Limited Government, Liberty Coalition, and the American Conservative Union. Those groups argue CISPA contains too few limits on how and when the government may monitor a private individual’s Internet browsing information. Additionally, they fear that such new powers could be used to spy on the general public rather than to pursue malicious hackers.

Some critics saw wording included in CISPA as a second attempt to protect intellectual property after the Stop Online Piracy Act was taken off the table by Congress after it met opposition. Intellectual property theft was initially listed in the bill as a possible cause for sharing Web traffic information with the government, though it was removed in subsequent drafts. 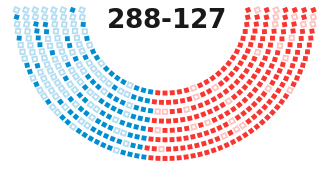