This evening’s House vote on the food assistance program SNAP is significant not only in the size of the cuts proposed but also by separating food assistance policy from agricultural subsidy policy. That pairing, which dates back to the Great Depression, has been key to the success of both policy programs. To understand the significance of the proposed cuts to SNAP, we need to understand it in a larger context.

SNAP, which is the new name for the food stamp program, would be cut by $40 billion over 10 years if the House bill H.R. 3102 is enacted,according to The New York Times, or about $4 billion a year. The cuts are unlikely to be enacted (more on that later), but let’s understand what the House’s proposal means. In fiscal year 2012, the total cost of SNAP was$78 billion, making this about a 5% cut. (The exact percent is unknown, since the total expenditures vary from year to year depending on the number of qualified participants.) About 47 million individuals benefited from SNAP in FY2012.

Food assistance programs like SNAP have normally been authorized by Congress in the Farm Bill, the same bill that directs expenditures for farm subsidy and crop insurance programs. As with SNAP, government expenditures on these agricultural programs varies substantially from year to year — in this case depending on crop yields, market prices, and other factors. The total expense of these agricultural subsidies is about $16 billion a year. That’s substantially less than the total expenditure on SNAP.

In this sense the agriculture programs cost more per capita, but they benefit fewer individuals (which might be good or bad depending on your perspective). In both cases, the amounts include overhead costs to the government, so actual benefits provided are much less.

SNAP, farm subsidies, and crop insurance all have a similar over-arching goal: providing a safety-net in a volatile world. And both introduce moral hazards. Because SNAP benefits are progressive, meaning you receive fewer benefits if you earn more, they may provide a disincentive to work. Price supports, one of the many types of farm subsidies, can encourage over-production.

H.R. 3102, the bill that separates SNAP from agriculture subsidy programs and reduces SNAP expenditures by 5%, passed the House narrowly with only Republican support. The Democratic-controlled Senate is unlikely to take up the House’s proposition, so it’s incredibly unlikely that the cuts will be enacted. 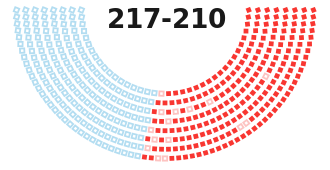