The bill has received a veto threat from President Obama.

“...in this bill we are trying to make sure that sound science is used, so when they actually do their estimates, they go to where the fish actually are to make those particular estimates. Those estimates are more accurate, and I think they will be. Then you’ll see a great many more fish that will be available. We can open it up for recreation—we ought to open it up for recreation. Still won’t have these regional councils making those kinds of decisions, and I support that, but at the same time, the data that was used coming out of the federal government was flawed, period. This is an effort to try to fix that flawed data, and I think it works well.”

“The numbers do sound so heavily imbalanced - the numbers of days that recreational folks can fish vs the much greater number for commercial. It’s important to note that the council that set these rules in place, not someone sitting in Washington DC, basically split up the volume of the fish available to catch at almost half and half between commercial and recreational, so the days are very mismatched, but the number of fish are close to half and half, and the number of fish that the recreational folks catch on their much smaller number of days is actually roughly equal to the number that the commercial folks catch on a much greater number of days. So, there’s a little more than meets the eye to this challenge, but, again, it’s set by a council at the regional level, and maybe the best thing we can do is get better science to see if we can have better rules but also continue rebuilding these stocks so that there’s more fish for everyone.”

“The other thing is they allow the commercial fishermen to weigh their fish with a gutted weight, where we, as recreational fishermen, have to weigh ours with a whole weight, and that’s about another fifteen-percent difference. So, it’s not pound to pound, and that’s one of the things that if we straightened out the removal of that buffer and the ability for us to count our fish in a gutted weight instead of a whole weight would make a big difference.”

“I just wanted to speak to this idea of fathers and sons not having a chance to fish, and I wanted to point out that, in fact, they can fish any day of the year. Within state waters, most of those days, they can fish for red snapper. The conflict between the state policy, which is very permissive for red-snapper fishing, and a federal council-driven policy, which has to protect certain numbers, is what leads to the few number of days that you can keep red snapper in federal waters, but you can still fish for them, father and son. You can go out, fish for them, fish for any other species you want, keep the other species.”

“Now, again, there’s plenty for everybody, and, in fact, the excuse to cut us to ten days, one of the excuses is that there’s so many more fish and the fish are so much bigger now that the recreational guy is just catching his limit faster. Now, you know, that just doesn’t make any sense at all. We were promised as rec guys when the species recovered that we would have our season back, and that’s what we’re asking for.”

“Obviously, the numbers are taking a lot more out of the water, as we talked about, from the commercial side, but simple arithmetic shows that there are too many people putting too much pressure on red-snapper stock to sustain more recreational fishing than just a few days. So I think private boat anglers need to be creative, and I know that commercial and charter-for-hire sectors are developing creative solutions, but I think that we have to look at the data that NOAA and others have provided to ensure that not just this year’s fishermen but that we have sufficient stock for years to come to enjoy.”

“…and I go back to those that are trying to hijack this legislation for other purposes. If they wish to introduce a bill on Antiquities Act and take away fishing rights on the fishermen and make parks out of the ocean, let them do it. But don’t use this bill. If they want to have NEPA be involved all the time to a greater extent, then let’s have a separate vote on that. But this bill was passed originally for sustainable and for the communities of the utilization of our oceans.”

Thank you to Congressional Dish for their outline of H.R. 2620. This version is edited by GovTrack. 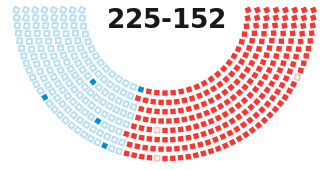