The House of Representatives is scheduled to vote this week on a Republican bill that would block the Federal Communications Commission (FCC) from regulating the rates that Internet Service Providers charge for broadband service.

Opponents, however, say the bill is written too broadly and could prevent the FCC from protecting consumers against things like price gouging, punitive data caps, privacy violations, and even violations of the agency’s new net neutrality rules.

The bill, known as the No Rate Regulation of Broadband Internet Act, comes out of the FCC’s decision last year to reclassify broadband Internet services under Title II of the Telecommunications Act so they would have the regulatory authority they need to prevent ISPs from giving priority to websites and services that pay special fees.

Title II classification was originally created for regulating monopolized industries, so it comes with a range of unusually broad regulatory powers. But in writing their net neutrality order, the FCC explicitly restricted itself against using many of the Title II powers, including the utility-style regulation of rates.

Republicans in Congress say their bill is simply a way to codify the FCC’s voluntary restrictions so that the agency can’t simply change its mind.

> “While Chairman Wheeler has stated that the FCC does not intend to regulate broadband internet access rates under his leadership, future Commissions still have the authority to insert their own mandates on rates,”

Companies like AT&T; and Time Warner Cable, and industry groups like US Telecom and the American Cable Association, have reported lobbyingCongress on this bill.

Net neutrality supporters argue that the bill is written so vaguely that it could undermine other important FCC powers.

> “The broad definition of ‘regulation’ in H.R. 2666 would make it difficult, if not impossible, for the FCC to review and then prohibit even clearly anti-competitive and anti-consumer actions by broadband companies,”

a group of advocacy organizations wrote in a letter to Congress. “Under the bill, broadband providers could characterize any and every rule or determination the FCC makes as a “rate regulation” if it prevents these ISPs from charging abusive penalties or tolls.”

FCC Chairman Tom Wheeler agrees. In a recent letter to Congress he warned that the bill, “would introduce significant uncertainty into the Commission’s ability to enforce the three bright line rules that bar blocking, throttling, and paid prioritization rules, as well as our general conduct rule that would be applied to issues such as data caps and zero rating.”

President Obama has said that he would veto the bill in order to protect the FCC’s net neutrality order.

The political action committees and employees of the telecom and telephoneindustries tend to give more money to Republicans in Congress than they do to Democrats. Bill sponsor Adam Kinzinger (R-IL) has received $132,833 from telecom interests so far in his congressional career. 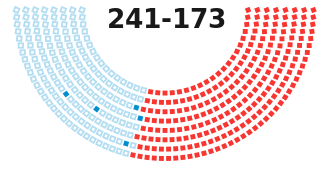